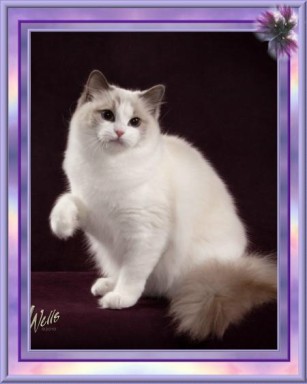 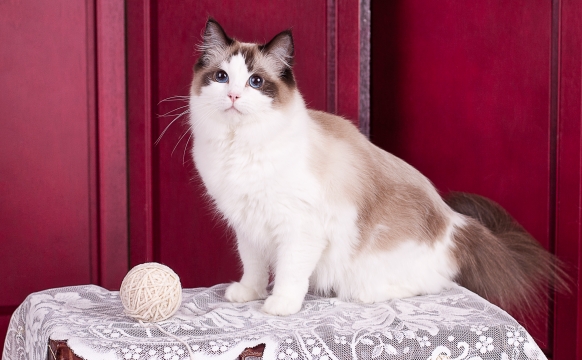 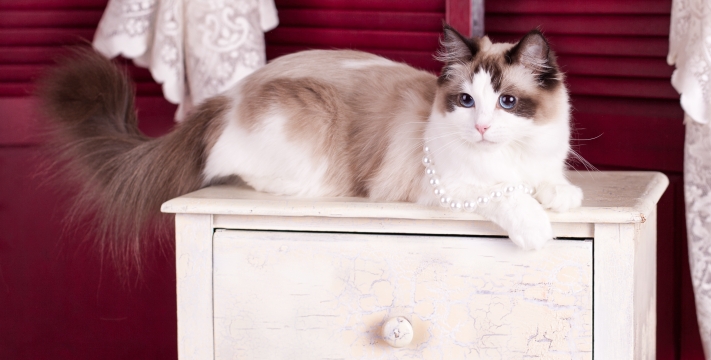 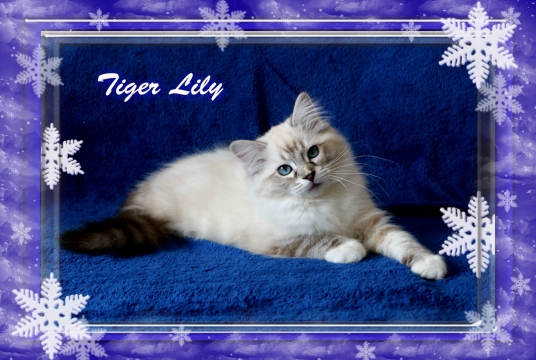 Tiger Lily was born and raised here. She is a seal mitted lynx. Such a sweetheart, loves to be pet and purrs her head off.  Her fur is so soft, you would have to feel it to believe it.  She has such a huge fluffy tail. 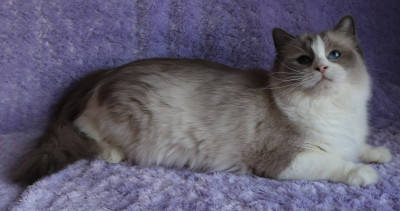 A blue bicolor with an awesome personality.  I just loved Sonya’s pedigree and couldn’t resist keeping her very last girl for myself. 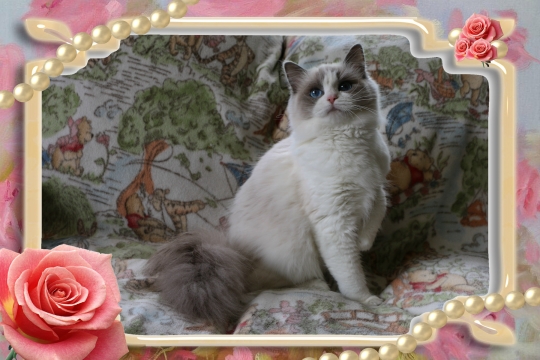 A sweet blue bicolor girl from Alabama.  She is a 1/2 sister to Lacy.  Just a darling thing.  After having a litter I took her out to the Edmonton cat show and she earned several finals against some stiff competition.  Way to go Rosy!
In Rosy’s first litter 2 of her girls were sold to another breeder whom I am proud to announce has been very successful showing them in CFA.  Elizabeth and Charlotte are CFA Grand Champions.  Her son Prince Henry granded at his first TICA show. 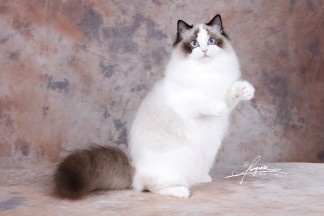 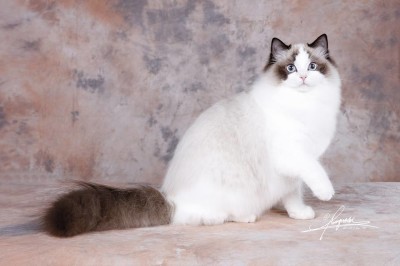 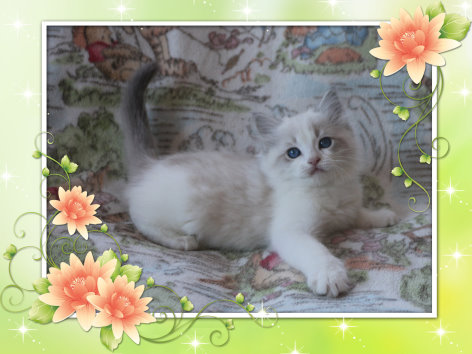 Jill is a very sweet kitten we have kept for ourselves, a blue lynx bicolor.  Jack and Jill have produced some of the most adorable babies, gorgeous eye color on all of them.

Some of Jill’s babies from her first litter: 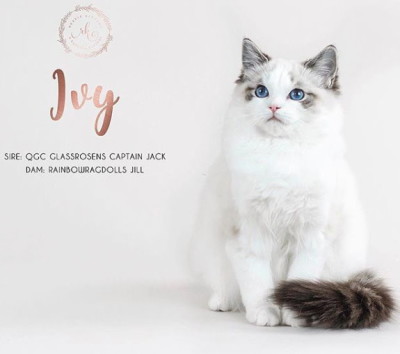 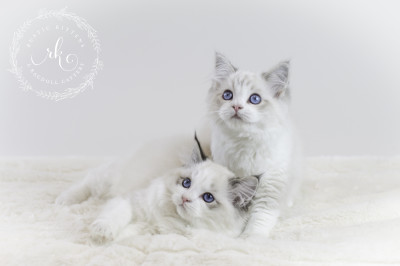 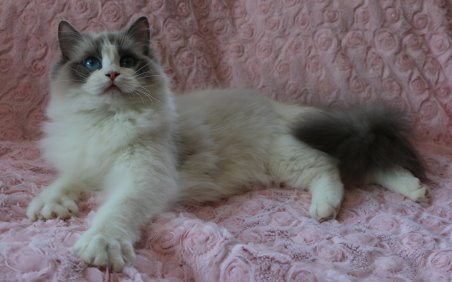 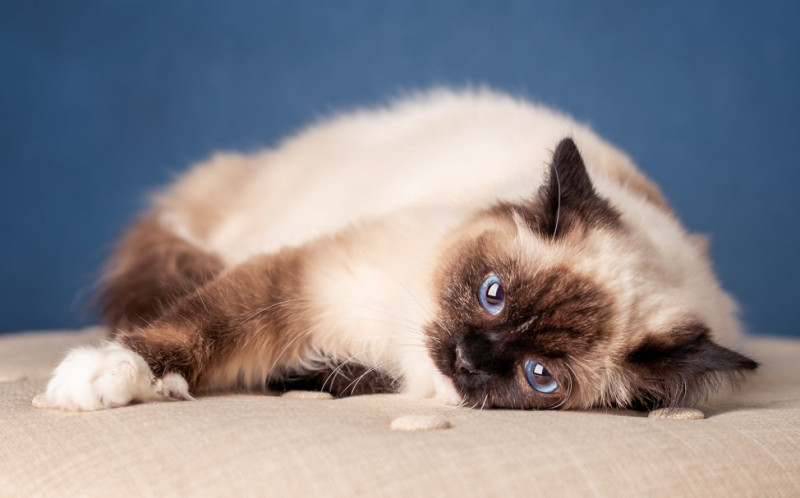 Cocoa is a gorgeous seal mitted girl that championed at the Calgary 2018 show, showing against several supreme and quadruple grand champion males.  All the judges commented on her gorgeous eye color and the wonderful contrast of her points.  She is a smaller cat, kittens likely to be on the smaller side. 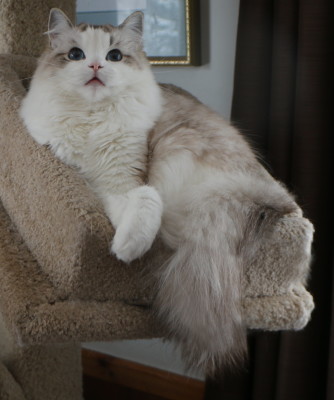 Ivy is a very gorgeous seal lynx bicolor girl.  You would have to see her tail to believe how amazing it is.  She has a great personality, gorgeous eye color, very nice size for a girl 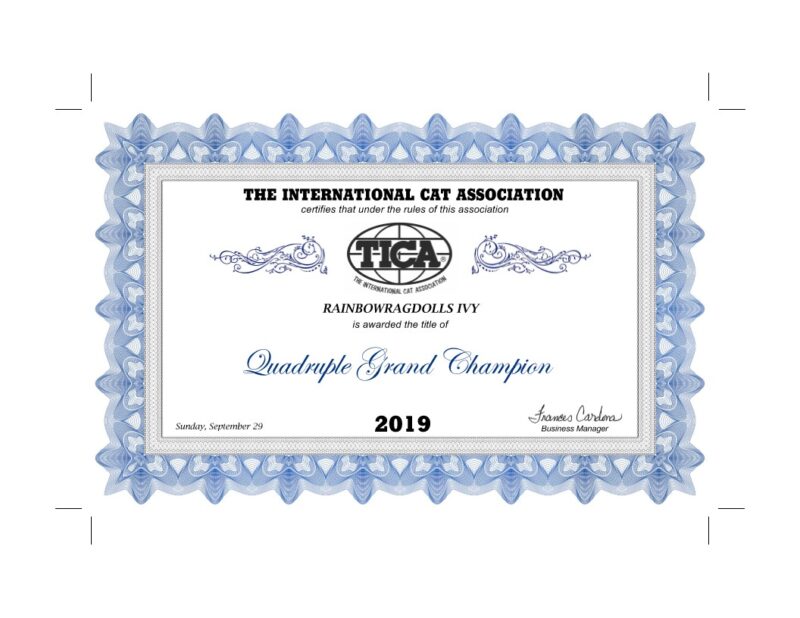 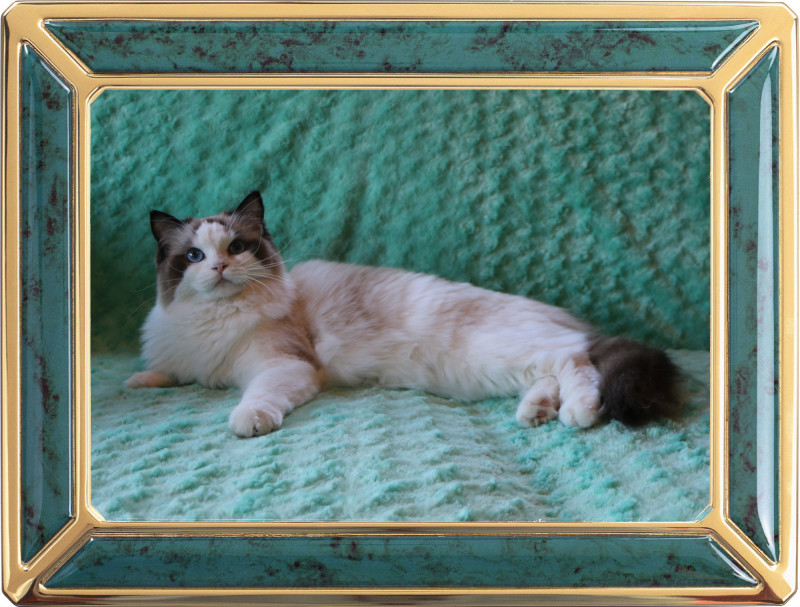 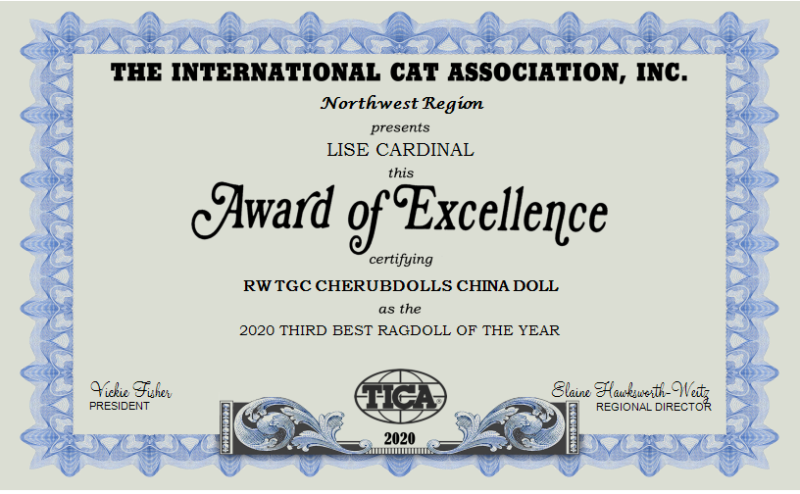 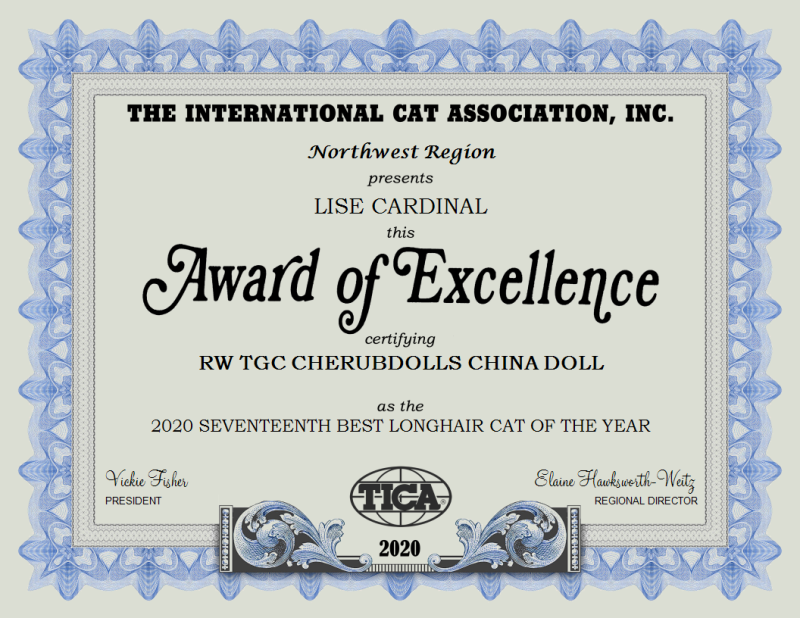 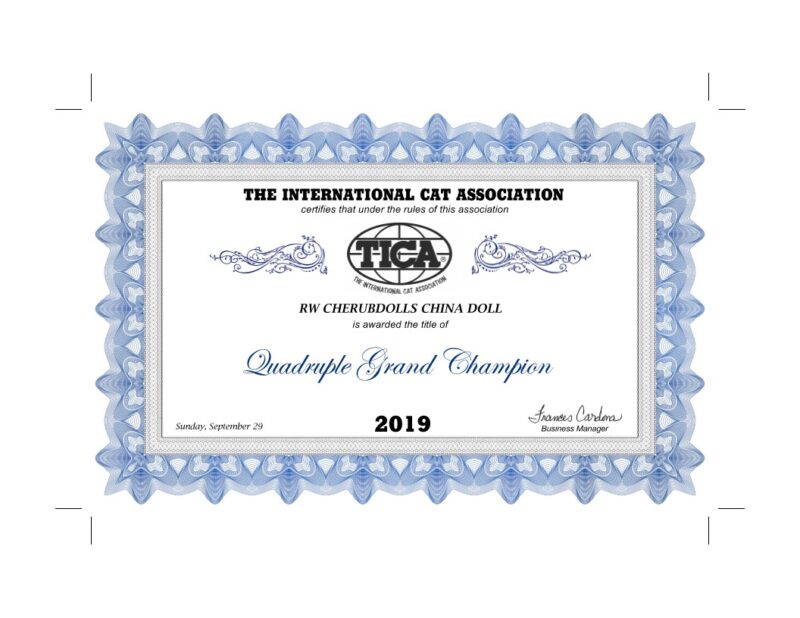 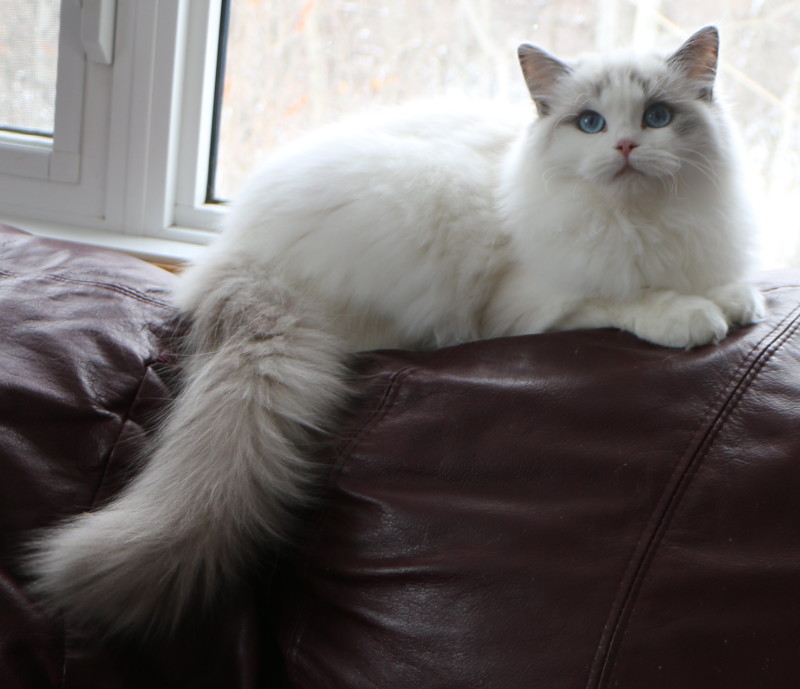 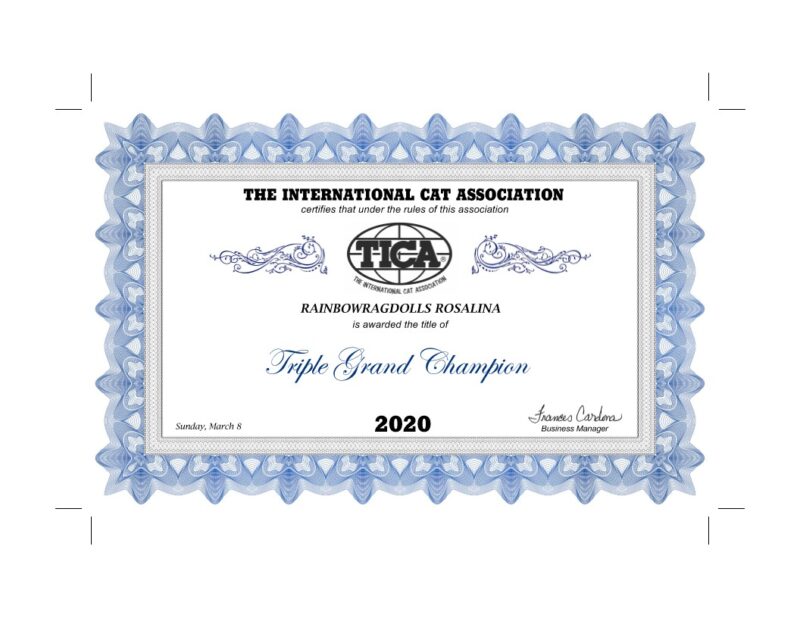 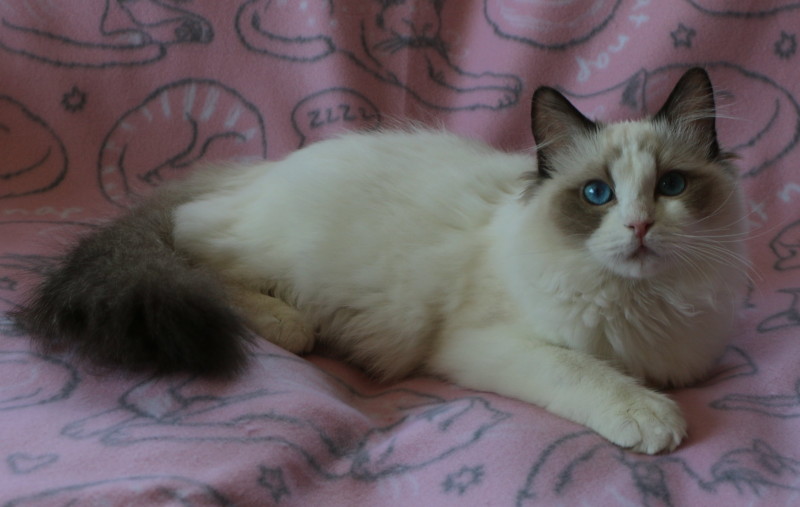 Abigail is a very sweet, very cute seal bicolor from Rhetoricalrags in Massachusetts.  Such a great mom!

Sydnie is a seal bicolor girl from California.  Such a sweet girl.  Here are her parents: 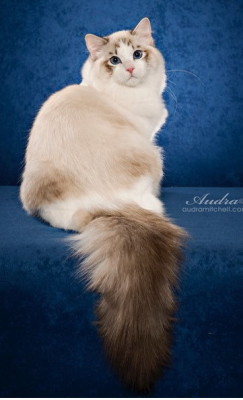 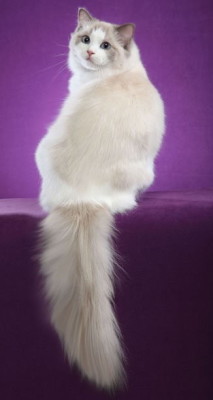 Here is a quick shot I did of her while nursing 7 1-month old kittens, so not in top condition.  She has gorgeous blue eyes and a very sweet temperament.  And what a great mom!: 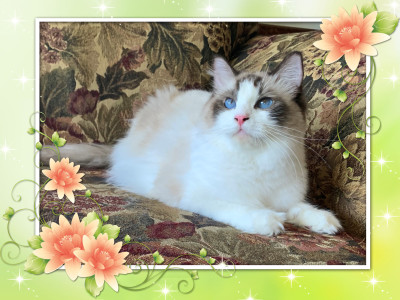 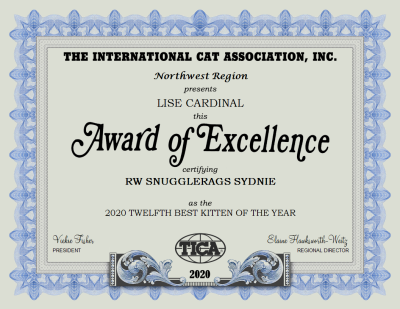 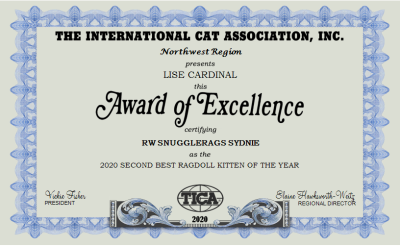 Poppy has arrived from China!  She is the sweetest girl ever.  I love everything about her. 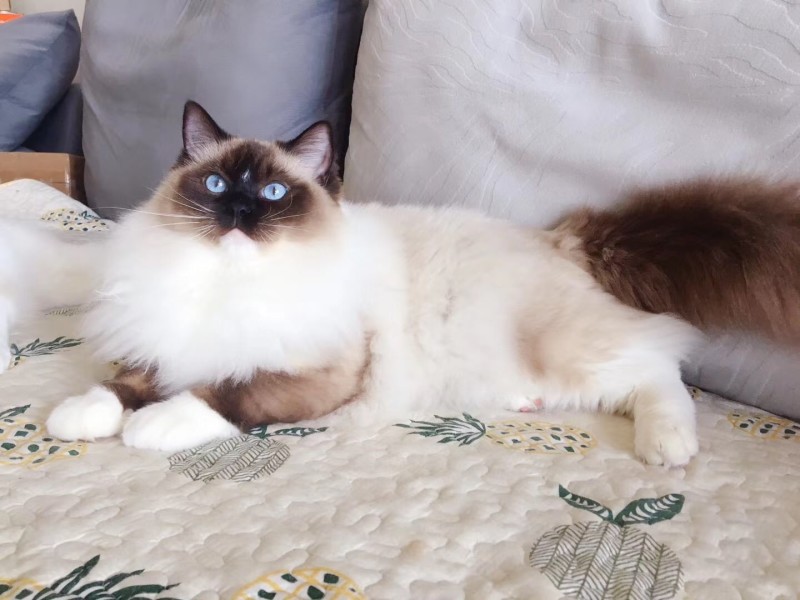 Angel is a daughter of Ivy and Prince Charming.  A seal lynx bicolor.  I hadn’t originally planned on keeping her, she was 4 days away from going to her new home when our border collie attacked her.  She had only a 20% chance of surviving surgery but pulled through with flying colors and is 100% fine now.  A true miracle. 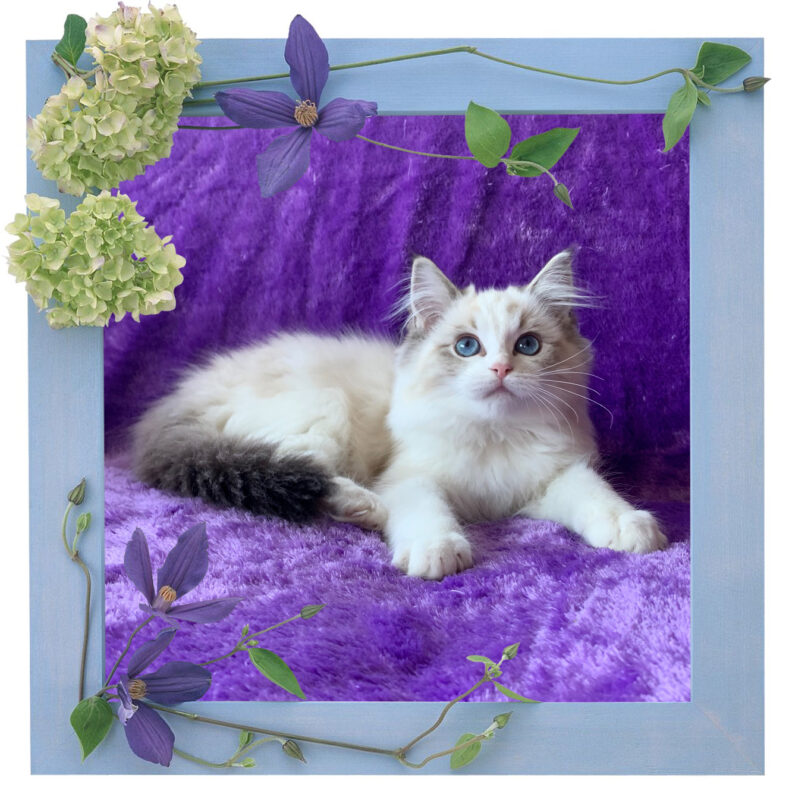