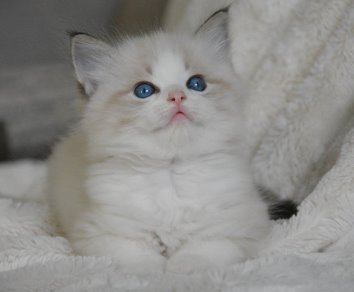 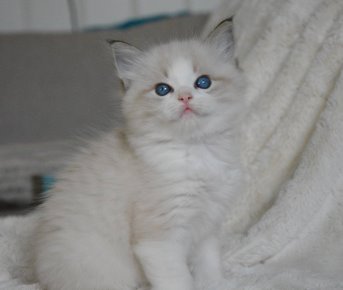 Jack has arrived in Canada.  What a beautiful boy,  a seal lynx bicolor.  He has such a great personality, loves to be held and purrs his head off.  He was shown in a very large class of ragdolls at only 8 months of age, and got enough finals to become a grand champion!  At 1 year of age he was shown at our Edmonton show and got 12 finals!  Best allbreed, many best specialty.  He was the 3rd best cat overall of all cats in the show.
TICA told me in error that Jack is a supreme grand champion, he is a quadruple grand champion. 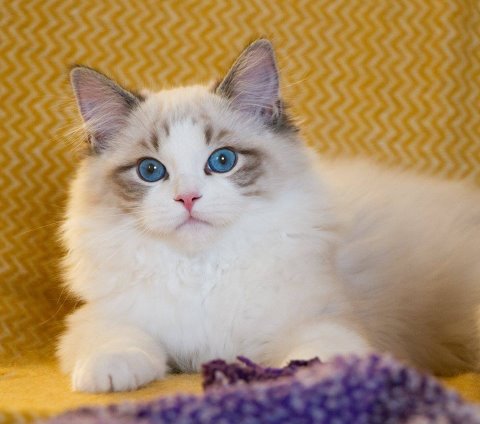 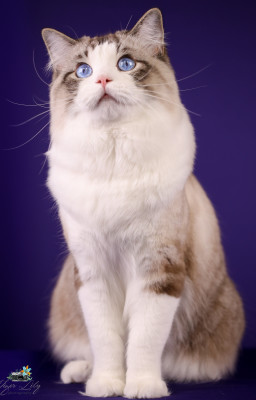 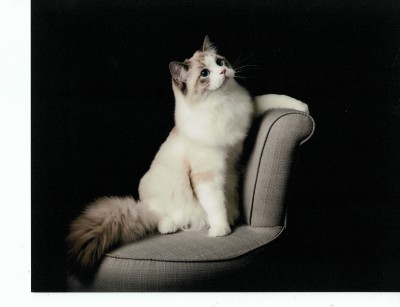 There will be no offspring of Jack sold to Norway, Sweden, Poland or Asia (per my contract with his breeder) 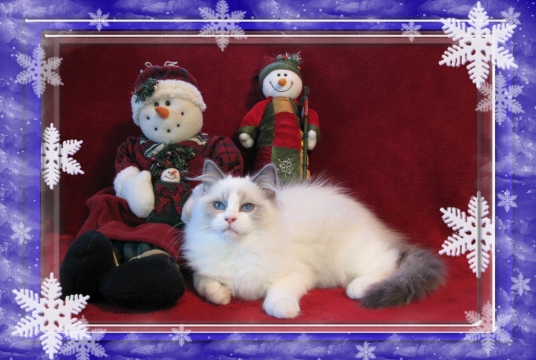 Prince is one of the last sons of Purrminator. He is a really beautiful boy and has such a sweet personality.  He is a blue bicolor. Pictured at 3 months old.  N/N for ragdoll HCM. 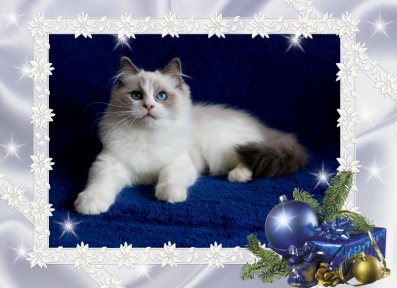 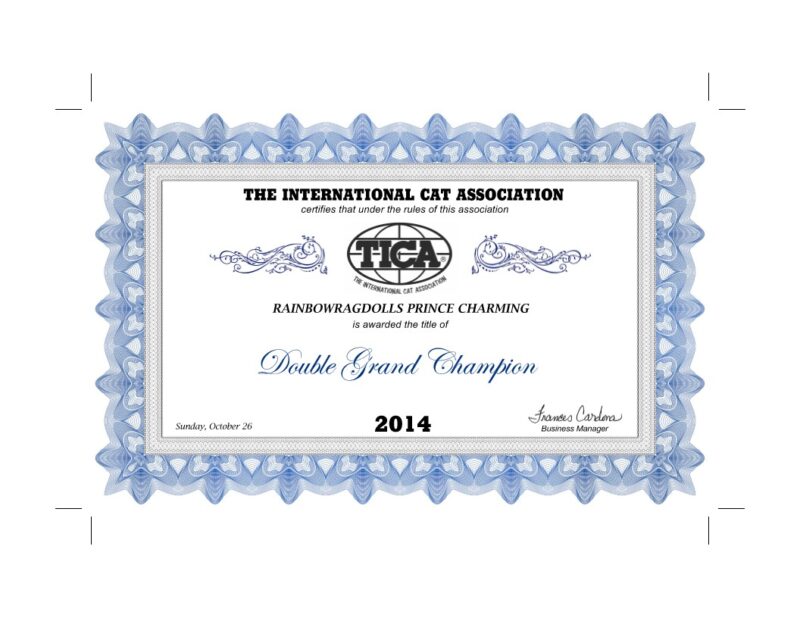 I have never received Woody’s registration papers so cannot register any kittens he produces.  He has turned out to be a very expensive pet.  Which is a shame because he is such a nice large boy with the bluest eyes you have ever seen. 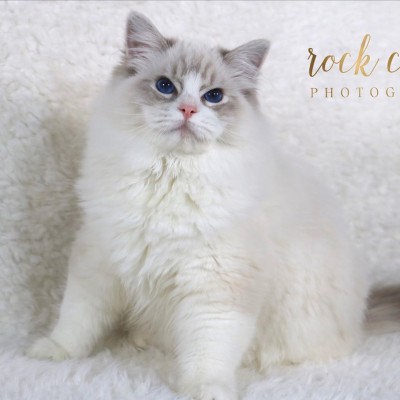 TICA wouldn’t let me register him as Oliver, but that is what we named him.   Oliver has arrived in Canada from Rockcreek ragdolls in California.  He is a blue lynx bicolor.  Such a big boy, nice full coat on him, gorgeous blue eyes.  Super sweet personality!

Previous Kings of ours, their bloodlines live on in some of our breeding cats: 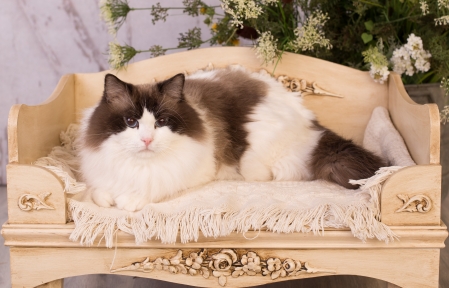 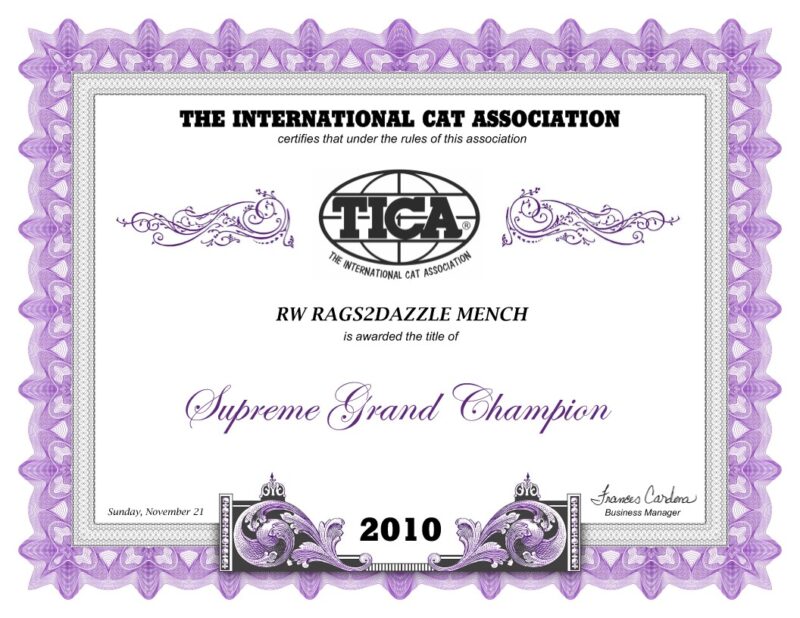 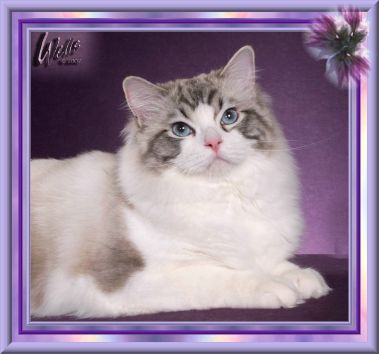 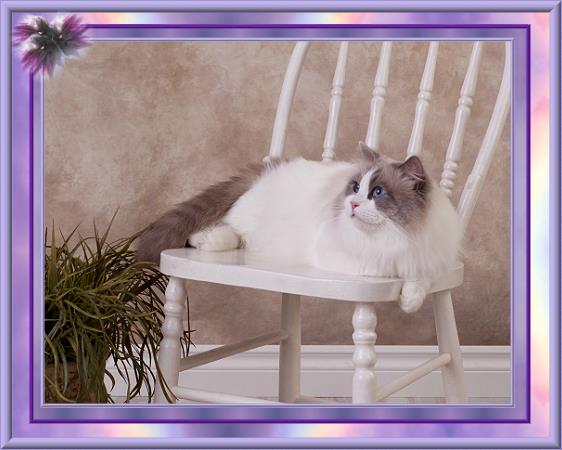 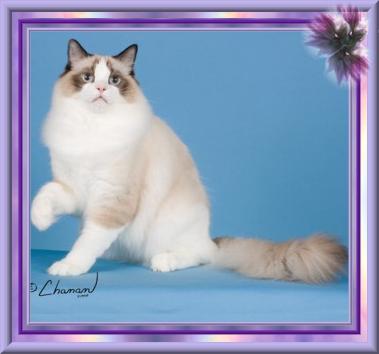